What Do We Deserve?

...or at least a little respect, according to Aretha.


That's a strong and simple statement, and one that wouldn't tend to procure much controversy.  In fact, I suspect most people would "take issue" with anyone that would question the notion.


I've been taught that asking questions that begin with "why" tends to make folks a bit uneasy, and, since a little discomfort seems to be a key ingredient in the learning process, I want to ask "why do people deserve respect?" 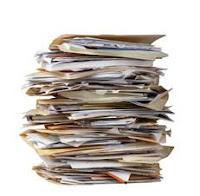 I took a little break from writing this week, though I'm very enthusiastic to get back to pulling topics from my "Blog Folders" which are stuffed with a very large number of various paper scraps with scribbled notes from years of wondering about things...

I'm always enthusiastic when I hear or imagine what seems like a new thought, or an interesting variation on an old thought.  While few, if any, ideas are really "new under the sun," it's a relief that new things seem to enter my awareness every day - otherwise, what a boring life it would be...