What Do We Deserve?

...or at least a little respect, according to Aretha.


That's a strong and simple statement, and one that wouldn't tend to procure much controversy.  In fact, I suspect most people would "take issue" with anyone that would question the notion.


I've been taught that asking questions that begin with "why" tends to make folks a bit uneasy, and, since a little discomfort seems to be a key ingredient in the learning process, I want to ask "why do people deserve respect?"

Now, if it's because the Bible told you so, or perhaps your mom, I'm simply not touchin' that...

If, however, you're even the smallest bit uncertain or curious where this is going, I ask you to suspend disbelief and hold on for a brief, and possibly uncomfortable, ride...

Of course everyone deserves respect, right?  Only an insensitive jerk could think otherwise.  Well, if you "know" for certain that I'm here to tout the lonely existence of a self-serving narcissist, refer back to my blog post entitled "Knowing Stuff," and take the quiz at the end to see if you qualify as a Certifiable Know-it-All.

If so, read no further, as you already know so many important things - you may as well go out for ice cream with your minions while the rest of us keep wondering.  In fact, where I'm going with this is just the opposite of narcissism!  I'm headed to a place that looks like none of us is really entitled to anything... 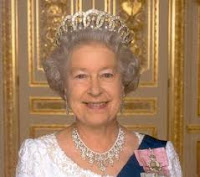 Maybe we all deserve respect because it seems more fair that way (if you are actually considering the validity of this one, refer back to my blog post entitled "It's Not Fair...").

You may say "enough rhetoric already," but rhetoric can be really fun - it's a playful way to "stir the pot" and try to influence others to consider old things in a new way.  If I'm unsuccessful, that's ok.


So, who said that we truly "deserve" anything?  A wise teacher told me once that to "deserve" truly meant to "de-serve..."  In other words, every choice I make based on what I deserve is all about me.  No part of my motivation to act, in this case, is related to any desire to serve others.  This is all about my entitlement. What does the world owe me?  What do I have coming?  It's my turn to get some!  Hey, I worked hard for that! These are all forms of expectations that we should be next because we waited patiently in line for a long time. The bigger our expectation, the bigger our reaction will be when a rude guy cuts in front of us at the last moment.  We are appropriately angry, and his obnoxious and socially dysfunctional behavior is not personal - it's not about us.  So why does our heart rate go up?  Why does our blood boil? 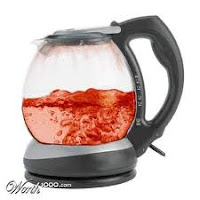 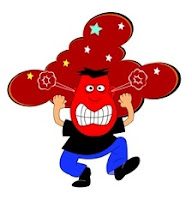 Why do we act out our anger in ways that often cause ourselves and those around us even more distress?  Probably because we're not the Dalai Lama, our blood sugar is low, and we didn't get enough sleep night.

I do value the act of advocating for what I think is fair, kind, thoughtful, and just.  I also try to remember that my notions of right and wrong will be different from the next guy.  It comes down to managing my expectations and not attaching myself to outcomes - easier said than done, though a seemingly worthwhile endeavor.

When most people think of entitlement, they conjure images of the obviously rude narcissist cutting in line at the bank because he's in an hurry to his very important meeting.  It's so easy to identify him as a sick person and be grateful that we are so perfect and emotionally stable in every way - thank God we're not him! We're better than that...

It's one thing to be indignant, irritated, and even angry when we are clearly disrespected by Niles the Narcissist.

It's remarkable, however, how quick we are to assume that Niles is a sub-standard human being - that he has less inherent value than we do - that he is probably unlovable...  How quickly we are able to forget the last time we behaved in some sort of entitled manner because we decided we deserved something!  Perhaps our entitlement wasn't so obvious... Perhaps our "de-serving" was a  bit more subtle?

For example, have you ever done a favor for someone begrudgingly and then privately decided they "owed" you?  Have you ever decided that you were disrespected and abused at work all day and you deserved some sort of comforting that evening?  Have you ever been uncomfortable about anything and decided you deserved a break?  If so, you have behaved like a child, and it would probably serve both you and others to reconsider your place in the world.  Again, I'm not suggesting we should simply "roll over" and not be assertive about what we want or that we should not engage in responsible self-care.  I'm suggesting that we are a culture of entitled babies in general, and we would do well to toughen up and practice "living life on life's terms..." Even more important in my own life, however, is considering how I should now make choices, given that I don't really deserve anything.  On a good day, I'm learning to make choices based on how I can serve, as opposed to de-serve.  In the meantime, I'm trying to develop more tolerance and compassion for Niles - remember Niles? He is my brother, and, truth be told, my real challenge is to notice what he and I have in common, not how we're different... 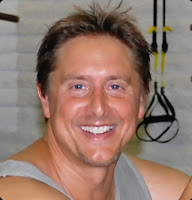