For as long as I can remember, it's been source of comfort for me to make grand decisions regarding the inherent value of others. I have a history of having conveniently appointed myself the official in charge of determining whether or not countless folks should be entitled to share the planet with me. Borrowing an expression from George W., I was the "Decider" in these matters.

I've been slowly and surely growing up over the past few years (I'm told it's never too late), and I have many thoughts and feelings as I reflect back on how I've behaved over time. I’m inspired to reconsider the manner in which I’ve judged others, and I'm concerned about many of the conclusions I've drawn about various past relationships. It’s a challenge for me to not to feel embarrassed, and sometimes guilty, about my history of emotional immaturity. Still, it's never too late to try something new – perhaps I'll try behaving like an adult; that should be some interesting research… This does, of course, beg the question, “what's an adult?”


Here are some basic criteria:

This is certainly not an exhaustive list, and the whole matter is somewhat subjective. For the sake of this post, I'll be focusing primarily on the final four points.

I'd like to use a dramatic illustration as the backdrop for an examination of various ways to practice behaving as an adult when faced with unpleasant social engagements. In the spirit of comic tragedy, I’ll try to maintain a sense of humor...

Note: No animals were harmed in the fabrication of this ugly fiction…


I have a co-worker; we'll call him Frank. The universe has pretty much stuck Frank and me together for the past 8 years. Frank and I have never really liked each other, and my relationship with him has been one of the greatest gifts I've received… It’s been sitting right before me all these years, and it's only recently that I've begun to appreciate the learning opportunity. Mother Theresa said, 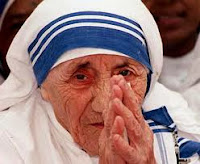 “I know God won't give me anything I can't handle. I just wish he didn't trust me so much.” Learning opportunities can be unpleasant, and, on occasion, they're rather painful. In the case of Frank and me, the learning opportunity brought me to the floor - literally.

In the early years, Frank and I were pathologically self-absorbed, and we were both adept at managing our images enough to convince each other we weren't among the most selfish guys in town. We were able to tolerate one another, though only in the most superficial way. As time went on, however, the thin and fragile veneer of mutual respect crumbled as Frank began projecting his loneliness, self-hatred, and spiritual bankruptcy onto me. I became his nemesis.

At first, he began making up stories in his head about who I was and why I behaved as I did. Based on these stories, his hatred and intolerance began to manifest in ways that seemed subtle. In reality, he probably wasn't subtle at all, but I was so oblivious at the time that he could've been screaming in my face, and I probably would’ve missed it.

As Frank began “turning a cold shoulder,” I responded by desperately trying to manipulate him into liking and accepting me. The more frantic and pathetic my attempts to re-establish our previously cordial relationship, the more brutal and “cold” were his responses. What a remarkable double standard… I couldn't stand the guy, yet I demanded that he respect me?

How dare he not like me? How dare he not value me and see me as I wanted to be seen? Who does he think he is? He's in no position to judge me! I am the great and almighty Me! Nobody likes Frank, yet I've always put up with the guy - and this is what I get? I was outraged! I had great relationships with everyone, so Frank was the obvious problem here.

Anyway, this is what I told myself, and this is what I needed to believe in order to avoid facing some uncomfortable truths about myself – I did not have great relationships with everyone, and, deep down, I was a pretty lonely guy. In fact, Frank and I had far more in common than either of us was prepared to admit. He and I both believed we were The Emperor of the Universe, and neither of us wore any clothes, so to speak.


Today, I'm more conscious about my historic need to be liked and appreciated by everyone. In fact, it's been more important for me to be liked by those I've preferred and respected the least – how crazy is that? I've been unconsciously operating from this paradigm from early childhood… If I make friends with the monster, perhaps I’ll be safe - stay close to my friends, and closer to my enemies… This pattern must have begun at very young age, because when people don't like me, I tend to throw a temper tantrum not unlike that of my own young children. Until recently, I've been unable to tolerate the idea of not being liked. Another interesting aspect to this form of insanity is that I haven’t liked myself all that much – but god knows you’d better like me!

So the years went by, and Frank and I made up bigger and bigger stories in our heads about what a demon the other guy was. We both continued to have superficial relationships with others, we both continued to be grandiose and self-righteous, and we both continued to create and gravitate toward unnecessary dramas. We found more and more reasons to detest each other, and we both spent remarkable amounts of energy and resources in our attempts to rally others to join us in our growing contempt for the other. Frank began gossiping about me incessantly with anyone that was willing to endure his toxic ranting. At first, he managed to entertain a few of our co-workers who enjoyed that sort of thing. In time, however, folks grew weary of his negativity, and, subsequently, he found himself all alone.

Anyway, I was delighted that Frank’s pathetic attempts to discredit me had ultimately resulted in his own social banishment. In fact, my attempts to garner support for Team Me were paying off brilliantly. I was getting all sorts of positive attention, external validation, and sympathy. Poor me – how could anyone be so mean and cruel as Frank? I'm a good guy – I was the victim – I had won…

So, what had I really won? Not so much… In fact, until recently, I had failed to see that my relationship with Frank had always been a remarkable opportunity for me to observe my own character defects. Whatever I've disliked most about Frank and his behaviors have clearly been  a reflection of the same behaviors that I most recognize and detest in myself. “If ya spot it, ya got it,” as the saying goes. Whenever I find myself sitting in judgment of others, I try to remember that when my index finger points at someone else, three fingers are pointing back at myself, as the other saying goes…

I've never really known Frank. I've never walked in his shoes. I've never looked in his eyes while listening to his story with any genuine interest or caring. I've never been fully “present” in his presence. I've been a hypocrite. I have gossiped incessantly about what an obnoxious gossip Frank has been. I have given Frank a considerable amount of space inside my head – rent-free. I've spent incredible amounts of time and energy making up stories in my head about his behaviors, motives, and intentions. I've obsessed about Frank for many years, and, until recently, I’ve not had the courage to let go of this nonsense.

The truth is, I'm not a good guy, and the stories that Frank made up in his head about me haven't been all wrong – it's hard to swallow that nasty medicine. I'm also not a bad guy, and Frank's imaginings haven't been all correct either.  I’m told that other people's opinion of me is none of my business…  Make no mistake; Frank’s behaved very poorly through the years, but it takes one to know one… Eleanor Roosevelt said, “People can’t hurt our feelings without our permission.” It's time for me to let Frank go. My frantic attempts to convince him how wrong he's been about me were, in fact, frantic attempts to convince myself that he didn't “have my number.”

I'm learning that whenever I can’t let go of my resentment toward another, there's always a part I've played in the mess. The key is for me to determine what's my part, take responsibility, and clean up my side of the street… What the other guy does ought not concern me.

Taking responsibility does not look like fake weeping on national television, begging for forgiveness, or manipulating others into believing that I, somehow, am the helpless victim.

Note: Three years after Jimmy Swaggart provided us with painfully embarrassing crocodile tears, he was caught soliciting another prostitute.  This time he tried a different approach – I believe his public statement was “the Lord told me it's flat none of your business.”

Behaving like a responsible adult is more about having appropriate guilt for having hurt others. Guilt is about my concern that I’ve harmed another. “Cleaning up my side of the street” is about recognizing my transgression and making a commitment to not repeat the respective and hurtful behavior…

So, what to do about Frank?  It’s really quite simple. Let him be. We have countless good reasons to not like each other, and no good reason to disrespect each other. Frank and I are dysfunctional brothers, and we’ll probably never play well together.  Still, he is my brother, and if he were ever in real need, I’d be grateful for the opportunity to serve him. I also wouldn’t blame him a bit if I were the last person on earth he’d turn to for help.