A total stranger asked me how my day was going.  I was waiting for my double espresso, and I think he'd just finished paying for an iced coffee.  Being a generally social person, I was immediately pleased that someone seemed to have at least a modicum of genuine interest in my welfare.  This initial reaction was then slightly tempered, in the following three or four nanoseconds, by a cautious optimism that overtook me as I began to consider the distinct possibility that this seemingly harmless gentleman was, in fact, some sort of raving lunatic...

...preparing to pounce on the opportunity to get external validation from me, his next hapless victim.  As it turns out, he was either a real gentleman or an outstanding actor.  If forced to bet, I'd guess he wasn't acting, at least for the most part (note: those relationships closest to us present the greatest challenges for personal growth.  Consequently, random social engagements, given their comparatively superficial nature, are generally much easier to negotiate than the relationships we have with a spouse, close sibling, parent, or child).


That being said, I still want to talk about this guy and what a nice man he seemed to be.  Yes, he may have been a superficial narcissist putting on a good show and taking advantage of his high level of social intelligence, but he actually looked me in the eye, continued to breathe calmly, and wasn't in any apparent hurry to extract information from me or inundate me with any particular story or latest and greatest thing he had to sell... He was just sorta "showing up" and being "present."

His approach was so simple, calm, and direct, so I told him my day was going well, and, at that moment, that's what I really thought - I wasn't lying.  Social convention dictates that it was now my turn to ask him how his day was going, and I asked him no such thing - I was too busy enjoying the non-verbal respect we seemed to be demonstrating for each other as well as the seemingly authentic nature of this little engagement - I didn't want to spoil the experience.  He seemed to have created a momentary space to simply "be." 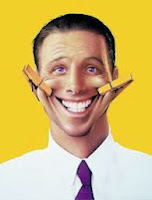 After the moment passed, he asked me "what do you do?"  I considered the question briefly and then replied "I'm a dad."  His eyes widened and seemed to sparkle a bit, and he smiled a very warm smile (you can always tell when a smile is forced or real).

He proceeded to share a personal memory about his own father from many years prior.  He distinctly remembered how nice it was to hear his own father answer the same question ("What do you do?") the same way I did ("I'm a dad...").  Though from two very different perspectives, my new friend and I found that we both had a very sweet and endearing human experience in common.

We ended up having a pleasant conversation about life, hobbies, careers, family, and growing up in the Midwest (something we also shared in common).  We enjoyed speaking about ideas and principles rather than about people, politics, sports, or the weather... This man took a small risk by reaching out to ask me, a stranger, how my day was going.  The real risk, however, was his genuine willingness to hear what I had to say, assuming I might respond with more than a superficial "good...thanks..." followed by a speedy exit.  I somehow knew he was gonna hang in there for something more substantive, and, when it was time for us to move on, there was no weirdness about what needed to happen next - simply mature boundaries, gratitude for an interesting connection with a fellow human being, and good-bye.

It's reasonable to avoid speaking with strangers, for the most part, as there are simply too many people around, some fairly "toxic," to pretend we're still living in little villages where we all need to be pals...

Unfortunately, however, we may have gone too far to the other extreme; perhaps we have become totally and continually isolated amidst the masses.  There must be some way to navigate the continuum between the two extremes of complete social isolation and babbling irresponsibly to total strangers to compensate for our profoundly inadequate attempts to be emotionally intimate in our more significant relationships.  It's often tempting to convince ourselves what "good people" we are because we're friendly to the grocery store clerk...how convenient and comforting for us...(oh, and did I mention shallow?).  Anyway, I'm optimistic that there's some middle ground, and I have some specific ideas about how to move in that direction... Please check back in a few days to find out... The blog post will be entitled "Whadya Do?" 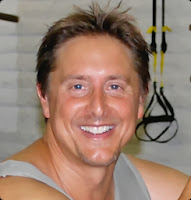