Taking others' inventory seems like child's play...Whenever we experience a relationship challenge, the real work begins when we're willing to look at my own part in the breakdown..  It’s a lot easier to accomplish this when we understand and express ourselves very clearly.

We often manage to confuse and conflate these distinctions…

I’ll begin with a very simple example:  You arrive for work ten minutes late, with permission from your boss and ready to face the day, and a co-worker greets you by saying “hey jerk, nice of you to finally show up.”  Then you notice your co-worker makes an interesting gesture which involves primarily their middle finger, their eyes seem to roll up into their head a bit, and they walk away shaking their head from left to right in rapid succession with a slight extension of the cervical spine (this makes it appear as though they’re looking toward the ceiling).

Now, it’s your job to decide how you choose to proceed with this relationship based on lots of information you now have.  The possibilities are truly endless!  Let’s start with looking at what you can control in this situation.

Here’s a brief list of some things you DON’T have control over:

Here’s what you DO have some control over: 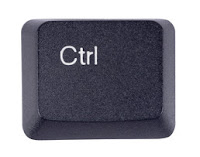 What follows is a process of how you can make sense of your observations, thoughts, and feelings so you can optimize your prospects of having the best relationship outcome.  By the way, let’s assume you’ve already gathered the courage to confront your co-worker, and you’ve been granted audience.

1. Say what you observed:

Try this: “When I came in to work this morning, I heard you say ‘hey jerk, nice of you to finally show up.’  I then saw your head look up a bit toward the ceiling, and your eyes rolled up so much that I could see just the whites of your eyes.  Then I saw you walk away while your head shook back and forth rapidly.  One more thing…just after you spoke to me, I saw your left middle finger extended toward the ceiling from an otherwise closed fist.”

Notes:  Make sure you keep this part very literal and straightforward - ONLY observations!  NOTE – your observations are now simply memories, and your memories, unlike video tapes, will NEVER be identical to someone else’s memories of the same situation.  Already, you and your co-worker have an opportunity to consider two separate realities, neither one being the perfect truth…and we’ve only just begun!

2. Say what you thought:

Now try this: “When I heard you say ‘hey jerk, nice of you to finally show up,’ and I saw you make a gesture with your finger, look up, roll your eyes,  and then walk away shaking your head, what I made up about that was that I was being disrespected.”  (Consider the power in using an “I” statement here.  Your co-worker may become more defensive if you say “YOU were disrespecting ME!”  This sounds more like a statement of fact than a notion you made up in your head…)

Notes:  When you speak about your thoughts, be aware that you are now describing a cognitive process running around your brain.  Here’s a short list of some things you might say to someone when describing your thoughts:

Get the idea?  So now your reality may diverge even further from that of your co-worker.  You’re just making up stories at this point!  Now, granted, you may be great at making up stories that actually relate to another’s reality in some small way, but don’t get too prideful about your seemingly mystical abilities.  You’re bound to fall hard some day when you really miss the mark, especially if it’s with a loved one.
3. Say what you are feeling:

You might try this: “When I thought I was being disrespected, I felt angry and sad” (Get to the point!  Feelings are in your body, and they’re only one word each).  After you read this, you may be surprised at how frequently you’ll hear people say the words “I feel” followed by what they think!  Perhaps you think this is simply too much psycho-babble?  Consider that HOW you use words can strongly shape your reality.  Do you have a need to be “right” very often?  How does this impact your closest relationships?  Raising your awareness about how you speak about your reality will help you relate to yourself, others, and more.

Remember how your memory of your co-worker’s behavior couldn’t be perfect?  Remember how the subsequent story you made up wasn’t the divine truth?

Well here’s some good news:  Your feelings are ALL YOURS, and they’re 100% valid and true.  So, don’t put up with your co-worker when they say “I’m sorry you feel that way…”  What does that even mean?  That’s so irritating that we’ll have to save it for another article called “How to Make the World’s Lousiest Amends.”

Another thing about feelings – you never really have just one.  While you may be distracted in the moment with one or two salient emotions, the more you look beneath the surface, the more you will become aware of the countless thoughts you have stored away.  Each and every one of those thoughts has the capacity to elicit an emotional response!
We often mistake our memory of an observation for a video playback.  Furthermore, how often do we mistake the stories we imagine in our heads for the truth?  So, learning about the distinctions between observations, thoughts, and feelings AND learning to speak about them responsibly CAN be useful in relating to others.

That’s it!  You’re turn is over.  Ideally, you’ve shown up, stated your truth, and let go of the outcome.  Hopefully, you’ll practice being in relationships with people that have agreed to work on “growing up” and doing no harm…just like you.  In reality, however, it can get a bit rough out there.  I’m still learning to choose my engagements wisely.  Still, these principles have helped me to heal and transform some of the most important relationships of my life…

PS:  Perhaps your co-worker adores you, and using sarcasm and comedy is the only way they have ever been comfortable showing affection.  You also just learned that they have a neurological impairment that causes eye rolling, cervical extension, and rapid head shaking…


Reposted from davidlader.org
Posted by Unknown at 11:20 PM