I received a phone call this morning from a very old friend (I'll call him Penn), and it's been about 20 years since our last contact.  He had a remarkable interest in the details of my life and my well-being today, and he seemed to care so deeply.  I have such clear memories, from long ago, of Penn's deep appreciation for the value of others, and I felt a lot of love and sadness as I reflected on how relatively unavailable I was to value him during my youth.  Fortunately, my sadness today is distinct from any feelings of shame that I may have, a feeling that is perhaps rather self-absorbed and counter-productive (guilt seems more constructive, as it is focused on how we have harmed others, rather than on how worthless and pathetic we are)...


Anyway, I answered Penn's many questions, and then explained to him what I was feeling and how moved I was by his interest, love, and compassion.  He seemed to have a "yoda-like" levity about him as he routinely laughed from deep down with a genuine gusto as we reflected on the pains, discomforts, and challenges that have come with living our lives with open eyes and hearts.  I've rarely spoken of so much tragedy and laughed so much at the same time!

I asked Penn about his life, and, among other things, he told me about his recent stroke and how it took away most of speech and paralyzed one side of his body.  In light of his wonderful history of loving sports, the outdoors, and being extremely active, his positive attitude was infectious.  His recovery seems incredible to me, as his speech seemed flawless, and his body has recovered about 90% of its former functioning.  Most noteworthy of all, however, was the way in which Penn seemed to take on his challenges "in stride..."  He was more interested in sharing his apparent enthusiasm for the myriad ways he is able to be an ongoing contribution to his partner, their 10 grandchildren, his community, and, I assume, many others.

20 years ago, I had a strong sense that there was something remarkable about Penn's unusual willingness to spend so much time valuing and considering others' welfare... Though I was very curious about his spiritual life, I was afraid to ask, as I think I didn't want to hear his answer, as it would force me to confront my own character defects, which I was certainly unwilling to consider back then.

Penn told me that he'd never stopped thinking about me and valuing me all these years, and he decided to wait until it was the right time to reach out again.  What a gift.  So, I finally was ready to ask him to share the source of his inspiration to love others so well, and here's basically what he said:

After sharing with me some sad memories of life challenges he experienced in the late 1960's, he explained how he began trying to simplify his life (and find purpose and meaning, I presume).  He then said "I realized that love is the greatest thing of all, so I committed my life to it..."  Then he said "...that's all I'm gonna say about that..." and then he laughed his big, deep belly laugh.

For those of you who think the punchline here is overused and anti-climactic drivel, I think I see why you may reach that conclusion, though I'll have to respectfully disagree.  Otherwise, I hope this simple story is helpful to anyone who's in the mood.  There's no end to such accounts, and I think the concept need not ever get old...

Have a beautiful day. 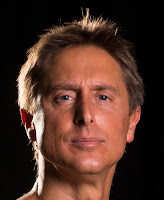