False modesty is, among other things, pretentious, inauthentic, condescending, and deceptive.  It is also ubiquitous these days...


Note two of my favorite quotable quotes that follow - they both convey the same basic message, though the lovely and brilliant Golda can never be accused of sugar-coating anything.  Marrianne Williamson, whose now-famous words have been often mistaken for those of Nelson Mandela during his 1994 Inaugural Address, is a bit more eloquent and flowery.


Both women are describing a seemingly common tendency many folks have, myself included, to "play small" in order to "look good," manage our image, and be accepted by others.  Don't we all just want to fit in?  Isn't it by "fitting in" that we garner the external validation that we often mistake for the unconditional love and acceptance we want from others in response to who we really are?


So, how is it that our relative faithlessness, or spiritual bankruptcy,

has reached such epidemic proportions that it has become pretty normal to feign humility?  You don't have to answer just now...it's a rhetorical question.  By the way, when I refer to "faithlessness," I'm suggesting that it takes a lot of courage and willingness to simply trust that people will completely value us exactly as we truly are!  So why would we think otherwise?  Well, for two great reasons:

Reason 1 - Why should they?  Whadya think...you're entitled to be valued or something?


Reason 2 - It's hard enough to value ourselves unconditionally, so we expect others to get it right?

Bonus Reason - We've learned from early childhood, usually unconsciously, that we are not inherently valuable (Don't worry...it's a lie that can be unlearned with time and hard work - you really are totally and completely lovable, though sometimes not so likable).

So, to the extent that we have internalized the lie that we're basically no good, it would naturally follow that we'd better get pretty busy manipulating everyone else into believing that we rock!  Otherwise, the risk would seem rather high that the village will cast us out when they discover our true worthlessness, and being banished to the wilds of the cold, dark forest seems dreary at best (Lions, and tigers, and bears, oh my!").


What would it look like to "shine" in an authentic fashion?  If we do have real value at the core of our being, how do we celebrate and express it without frightening people away?  Well, whether or not we frighten people away is actually none of our business!  In fact, others' opinions of us in general is really none of our business.  Sounds like an ideal way to live, right?  Here comes that courage and faith thing again - this isn't supposed to be easy stuff as far as I know...

Do you think you're immune to feigning humility?  It's always fun and comforting to point fingers and take others' inventories, and it's convenient to label folks as "addicts," "mentally ill," or just "jerks."  It seems, however, that to be human is to always reside somewhere along a continuum of character defects.  The Big Boy games begin when we are willing to consider where we lie in the continuum.  In the meantime, let's be flawed and have some fun pointing fingers at what are some obvious images of false modesty in the media (Golda would roll over in her grave)...

When someone else shares their admiration for you in the form of a compliment, say "thank you" and shut up... It's really not about us as much as it's about the story someone is making up about us.  So let's practice being gracious and respectful of the other person, knowing that their desire to compliment us is more about their needs than our own.  Besides, what does it say about our associates when we correct them by explaining what worthless pieces of dog poo we are?  What are we telling them about their ability to pick decent friends?  Really, we need to keep working on getting over ourselves.  Isn't it interesting how we tend to keep vacillating pathologically between trying to trick others into believing we're awesome and then pretending that we're not when they finally start believing us? 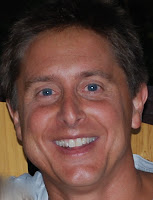 P.S.  So, where's the logic behind finding false humility in the baggy pants, crooked ball caps, averted gazes, mumbled speech, unlaced shoes, dark shades, and, yo yo check this out... the goofy, foot-dragging, crooked gaits of our lovely younger generation?  Here it goes:

Youngsters are afraid that someone might find out that they are brilliant, talented, and enthusiastic about life, and the whole enthusiasm thing is totally uncool!

So how is it that what has come en vogue is mediocrity at best?  When did we start going downhill collectively?  How did it become cool to slouch, when slouching really hurts us?  Perhaps as our public education system began its profound decline, ignorance started to become the norm - fewer and fewer had access to real, old-fashioned learning.  So, if kids want to be "normal" and accepted, they certainly shouldn't stick out and be smart!  No one likes a smarty!

Meanwhile, as our public education has declined, our prisons have boomed!  Our criminal justice system has never done such a great business...The United States is an international champion when it comes to incarcerating folks.  So, to make matters worse, we now have more and more youngsters learning how to "fit in" to a pop culture that has been strongly influenced by our prison culture.  Much of our hip styling in clothes and language has originated inside of our state and federal prisons.  Want to make something out of yourself?  For God's sake, don't tell anyone!  What...you think you're special or something?

We are in big trouble, and it's time we had different sorts of role models for our young ones.  We need new young role models that are courageous enough to shine, make real eye contact, shake your hand, and show up for life...  My nephew in Chicago is 18 years old, and he is such a role model, as are his many friends...I'm encouraged...there is a new breed perhaps, and there is some real hope.